Pageviews from the past week

These are the phrases used to describe the new international best-seller,

Where sleaze, corruption and rampant cronyism are taken on.

Posted by John Problem at 09:59 No comments:

MP's Recess Reading Matter - A Look at the Future? 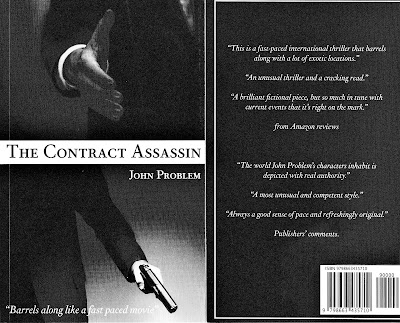 Posted by John Problem at 10:29 No comments:

This is circulating in Westminster, apparently with a view to improving Ministerial statements to the media.

All statements to the media must contain at least two of these phrases.

At times of crisis the world looks to Britain

The UK is a world leader in tackling global issues

We are, and we shall remain, world-leading in the future

We have a world-leading reputation for doing things better

We have some of the highest standards in the world

Respected and admired around the world

Leading the way, leading from the front

Globally recognised, the best in the world

We are a global leader, committed to the highest standards

A beacon to the rest of Europe and the World

Britain is once again a global nation

I have always been clear that...

Each of the above phrases has been used before. Each has been submitted to poll testing and found to be well-received by the public.

John Problem
Born a Cockney. Slept under the bridges of Paris while at Uni. Travelled all over – only got sick once. Publishers' comments: 'A most unusual and competent style' 'Good sense of pace' 'Refreshingly original' 'The world his characters inhabit is depicted with real authority'. www.amazon.com/-/e/B009EPZEQW